Let’s have a look at the history of the piano as the popularity of the piano throughout history has lead to many taking piano classes to learn this historical art.

The modern piano was invented by Bartolomeo Cristofori (1655–1731) of Padua. Cristofori’s new instrument was known first as the pianoforte because it allowed players to produce notes at different dynamic levels by controlling the inertia with which the hammers hit the strings.

The word pianoforte, shortened later to piano, appeared only in 1732.

The piano underwent tremendous  inventions and  improvements in its construction throughout the years. 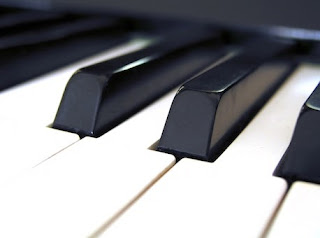 Later it was the Americans who brought the once expensive piano to the homes of middle-class families. The cost of pianos was significantly reduced, thanks to new assembly-line techniques and standardized piano parts. By the end of the 19th century, the instrument was a must-have for every household. It was very easy to store the piano at home, as a result of the functional upright design.

The piano than became very popular among women, who were encouraged to learn to play the piano. A woman who could play the piano was perceived as a refined woman and would find marriage in a flash. It was also a great way for women to earn money through piano lessons.

In modern times the digital piano sells more than the grand piano by far. Several factors contribute to this including the higher cost of grand pianos, the portability of digital pianos, and the presence of so many voices and features in digital pianos. However, one thing is for sure and it’s that piano playing and piano music is not going away. The piano is one of the most popular instruments today along with the guitar.

Please browse the website to see the full range of services AMH Pianos can provide. As a company we additionally cover all aspects of piano services ranging from piano tuning to piano repairs and removals. Additional helpful advice is also available on our FAQs page. If you have any specific piano related queries and would like to talk to me personally please make contact using the details found on the website.

Read Piano History Part One first. Let’s continue discussing the history of the piano (short for pianoforte). We were talking about the piano of the the mid/late eighteenth century. By the mid 18th century, Romanticism in the arts became all the rage and the piano’s popularity rose sharply. Romanticism encouraged the expression of emotions through art, and because of… [ Read on ]